Amey has built and will operate the facility for 25-years. The facility is based just off the A1 motorway near Boroughbridge in North Yorkshire. The facility is made up of three separate technologies; Mechanical treatment (MT), Anaerobic Digestion (AD), and Energy from Waste (EfW). Combined, these technologies will increase the recycling of household waste and cut the amount of waste sent to landfill in the county by at least 90%. The facility will also generate enough energy to power at least 40,000 homes.

Acting as OECM for the duration of the project, Fichtner has successfully taken the venture from planning and permitting stage through financing, tendering, design, construction, commissioning and ultimately handover of the plant to Amey. The AWRP project signifies another great achievement, it being the largest OECM role that Fichtner have ever undertaken.

Fichtner was responsible for managing the contracts and interfaces between the three main technology providers, the civils contractor, and other smaller contracts. Fichtner was also responsible for managing communications with site neighbours such as FCC and Hanson, as well as assisting in discussions with the Authority, Independent Tester, Insurers, Environment Agency and many more. Our team of four engineers remained on site throughout construction, as well as a design, electrical and drawing team providing regular assistance. 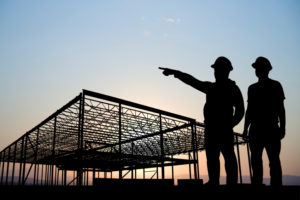